Of the 217 Monaro LS 350’s built, only a handful survive today – 8 are known to be on the road and 2 more are undergoing full restoration.  The whereabouts of the others I have listed are unknown.

The number of LS350 cars built fell rapidly after the first 6 months of HQ production.  153 LS 350s were produced between July and end of December 1971.  In 1972, production fell dramatically with 41 cars being built.  1973 production was 15 cars.  The 6 months of 1974 HQ production saw only 8 cars built.  There appears to be 2 reasons behind this production trend.  One reason was the falling Australian dollar against the US dollar meaning that the cost to Holden of importing the Chevrolet 350 V8 and the Turbo Hydramatic 400 auto was continuing to rise sharply.  A further reason was the federal government requirement that Australian made cars needed to achieve 85% Australian content which would have been hard to achieve in cars with the imported 350 and THM 400

The cars listed on this page are the known survivors, some completely original, some fully restored, some modified and some undergoing restoration. 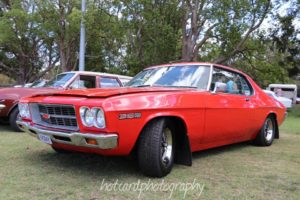 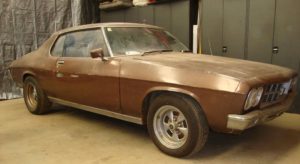 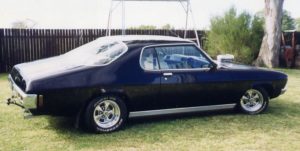 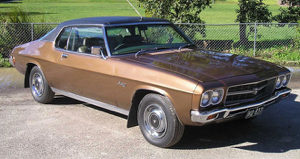